Previous
Back to Overview
Next

Sean Tyas has teamed up with School of Sound to launch the official remix competition for “Matter Of Time”
Internationally acclaimed Psy and Tech Trance Producer Sean Tyas marks his record high on the well-known TrancePodium.com… Top 100 DJs at #6 in 2007. It was the first release of Sean’s new label Degenerate Records plus hit number one on the Beatport charts.

You could win an official release on Degenerate Records, a social media push of your remix and a copy of Lennar Digital Sylenth1.
This is your chance to be heard by thousands of fans!

Sean Tyas also holds his PSY TECH Trance Producer Masterclass at School of Sound to showcase his producer skills and to interact with your own productions. It will take place on 13./14.1.2017 in Zurich, Switzerland. 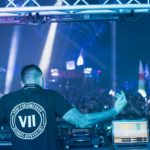